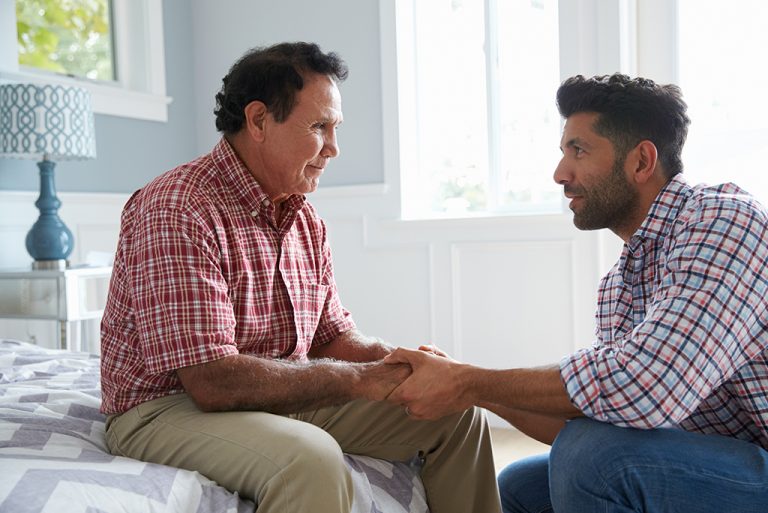 While learning that either yourself or a loved one has Alzheimer’s Disease can be overwhelming, there are resources to help guide you.

We have compiled a list of what we have found to be the most commonly asked questions to provide you with some quick answers and insights as you start your research on how to treat the symptoms of this disease.

Is Alzheimer’s Disease a Normal Part of Aging?

The mental decline that occurs with Alzheimer’s Disease is not a normal part of the aging process.

As people age, occasional memory problems are normal – such as forgetting where you put your car keys or a person you have recently met.  Alzheimer’s is more than that – it is a disease that causes brain cells to die.  As this occurs, an individual may start to forget how to get back home to a place they have lived for years or what the name of a friend or relative is.

You can always check out the Alzheimer’s Association website for more information on this disease. 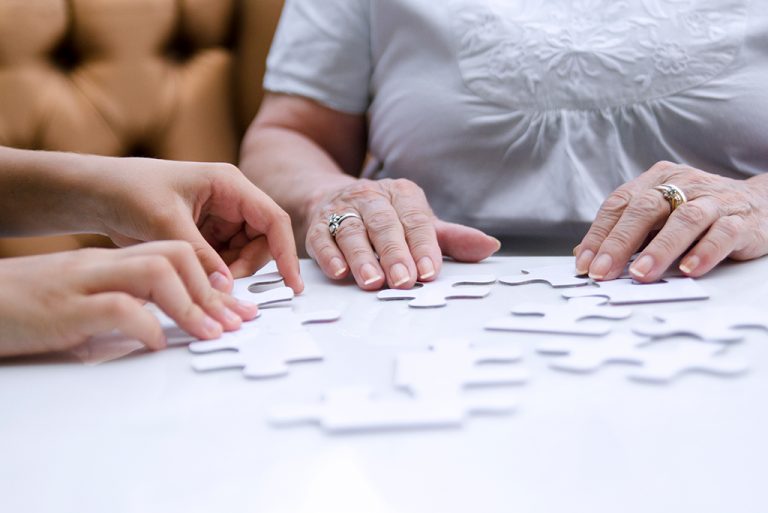 What are the symptoms of Alzheimer’s Disease?

What is the difference between Alzheimer’s Disease and Dementia?

The Alzheimer’s Association has a good overview of this: Dementia is not a specific disease. It’s an overall term that describes a wide range of symptoms associated with a decline in memory or other thinking skills severe enough to reduce a person’s ability to perform everyday activities. Alzheimer’s accounts for 60 – 80% of cases. Vascular dementia, which occurs after a stroke, is the second most common dementia type. But there are many other conditions that can cause symptoms of dementia, including some that can be reversed with treatment, such as thyroid problems and vitamin deficiencies.

Can other medical conditions cause dementia or Alzheimer’s-like symptoms?

Yes, other diseases and medical conditions can look like Alzheimer’s or cause dementia.

These are other common dementia diseases:

These diseases and medical conditions can also cause dementia:

How can Alzheimer’s Disease be diagnosed?

There currently is not a simple test that can diagnose Alzheimer’s.


While there is no single test that proves definitively that a person has Alzheimer’s, a diagnosis can be made through a complete assessment that considers all possible causes by a neurologist or geriatrician.

What treatments are available for Alzheimer’s Disease?

Although there is no cure for Alzheimer’s, both drug and non-drug treatments may help with both cognitive and behavioral symptoms.

Current Drugs that Help with Memory Loss: The U.S. Food and Drug Administration (FDA) has approved two types of medications — cholinesterase inhibitors (Aricept, Exelon, Razadyne, Cognex) and memantine (Namenda) — to treat the cognitive symptoms (memory loss, confusion, and problems with thinking and reasoning) of Alzheimer’s disease. The Alzheimer’s Association says that the FDA-approved drugs temporarily slow worsening of symptoms for about 6 to 12 months, on average, for about half of the individuals who take them..

Non-Drug Treatments that Help Manage Behavioral Symptoms: Researchers have overwhelmingly concluded that diet, exercise, cognitive stimulation, and maintaining social relationships have beneficial effects on those who already have Alzheimer’s and have amazing brain-protective properties that can actually prevent the onset of the disease for some people.

How do I prevent Alzheimer’s Disease?

Researchers also now believe that keeping active — physically, mentally, and socially — may help reduce the risk of Alzheimer’s disease. Several new studies are looking at the positive effects that certain diet, exercise and social lifestyle can have on slowing down the progression of the disease.

The Alzheimer’s Association also advocates that we make brain healthy life choices, pointing to several simple steps you can take to help keep your brain healthier as you age:

What are the most common forms of Dementia?

Lewy body disease
Lewy body disease (LBD) is characterized by the presence of Lewy bodies in the brain. Lewy bodies are abnormal clumps of the protein alpha-synuclein that develop inside nerve cells. These abnormalities occur in specific areas of the brain, causing changes in movement, thinking, and behavior.
LBD is often diagnosed as Parkinson’s Disease, Alzheimer’s, or some other form of dementia, but the symptoms can be much different, including hallucinations, anxiety, and rapidly progressing dementia.

Parkinson disease dementia
As Parkinson’s Disease gradually progresses, the disease will often begin to affect mental functions, including memory and the ability to pay attention, make sound judgments, and plan the steps needed to complete a task.